Sewn Acrylic Paint on Canvas © Life Pieces To Masterpieces, Inc.
To see additional painting in the series and to learn more about LPTM, see https://lifepieces.org/

Near the River Documentary Roundtable Conversation

Watch the Film ahead of the roundtable event

The roundtable conversation with Kari Fulton, Penny Gamble-Williams, Angela Mahecha, and Ada Vilageliu-Diaz will focus on the power of women-driven narratives connected to grassroots movements and to Mother Earth. The panel will discuss the community approach to the making of the film Near the River, a project of Ecohermanas, and share some of the stories of women BIPOC leaders that recount their relationship to the Anacostia River in occupied Piscataway Territory, now DC, Maryland and Virginia. The narrative arc for the film contributes to a local to global movement for climate justice, Black and Native radical relationships and histories with bodies of water, and provides some recommendations for environmental justice action today.

Near the River (2014) documents the cultural and environmental heritage of the Anacostia River and its impact on East of the River residents. This documentary focuses on the stories of women eco-leaders and community members about their relationships to the river after years of pollution and environmental neglect. Near the River features women eco-leaders who have redefined environmentalism, community activism, and their relationship with Mother Earth in the District. This film is based on the DC-WE project by Ecohermanas sponsored through a DC Community Heritage Project Grant by Humanities Council of Washington, DC. The film was in the official selection of film festivals in Colombia, Brazil, India, Spain, and the US. 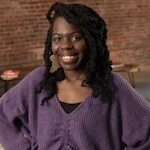 Kari Fulton is an award-winning Environmental and Climate Justice organizer, advocate, and educator.  Her work has been featured in various media including Black Entertainment Television (BET), Teen Vogue, Essence Magazine, and Chinese Global Television Network (CGTN). Fulton serves as the Frontline Policy Coordinator with Climate Justice Alliance and is an alumna of Howard University (B.A. Communications and Culture) and Georgetown University (Master of Policy Management).  Her work can be found at www.checktheweather.net. 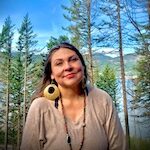 Angela Mahecha is a Queer Latinx Climate Justice leader originally from Colombia. Angela, migrated to the US as a kid playing alongside incinerators, factories, and power plants. She is the Director of Ripe for Disruption: An Environmental Justice Movement Fellowship at the Tishman and Environment Center at the New School, Angela was the Executive Director of the Climate Justice Alliance, where she centered the national influence of 74 frontline urban and rural alliances, movement-support organizations, and base-building grassroots groups to move forward a Just Transition and Just Recovery within the climate movement. She has served as a leader of local and global social movement organizations. Angela splits her time between New Jersey and Florida with her two kids and partner. 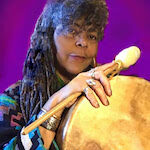 Penny Gamble-Williams is an enrolled tribal member of the Chappaquiddick Tribe of the Wampanoag Nation of Massachusetts, who honors her African Blood. She is an activist involved with environmental, and Indigenous land rights. Penny is the Spiritual Leader, and President of her tribe’s non-profit corporation.  From 1995 and until 2002 Penny was the Sonsqua (Chief) of her tribe.

Penny Gamble-Williams is a visual artist, art instructor, poet, writer, storyteller, and recording artist/musician!  Her radio show, The Talking Feather, aired on WOL 1450 AM in DC, XM Satellite Radio, and BlogTalk Internet Radio from 2000 until 2013. In 2005, Penny and her husband, Thunder Williams, co authored a concept paper on the historical connections and relationships of African Americans and Indigenous People of the Americas, and presented it to the National Museum of the American Indian. From that paper “IndiVisible-African-Native American Lives in the Americas” was created. Penny and her husband were curators of the traveling exhibition. 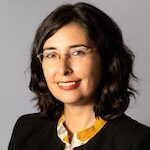 Ada Vilageliu-Díaz is an Assistant Professor in English at the University of the District of Columbia where she teaches composition and literature courses. She received her Ph.D. in English from Howard University and her B.A. in English Philology from Universidad de La Laguna, Canary Islands. Her research focuses on Latinx and Caribbean literature; rhetoric and composition; community-based teaching; and community-based scholarship. She is the director of Near the River (2014), a documentary film about environmental women leaders in the DC area. In 2021, she created Mi Libro, Mi Espejo, a virtual program to promote early literacy, diverse stories, and Latinx children’s books. She also created and hosts a monthly writing series called Creative Community Writing Salon.

Soul Bags and Social Justice with Life Piece to Masterpieces

During the Conference on Community Writing, LPTM will lead an interactive and reflective one-hour session, Soul Bags & Social Justice, in which the following will be introduced:

Soul Bags & Social Justice is an abbreviated experience rooted in LPTM’s, 15-hour course, Color Me Community. The Color Me Community™ experience is central to LPTM’s commitment to dismantling racism and other forms of oppression. Ultimately, the goal is systemic change born of individual growth that leads to increased awareness and a sense of positive identity, encompassing and open to the identity of others, rather than being restricted by the traditional barriers that sustain racism and inequality. 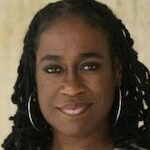 For nearly 35 years, Mary Brown has worked to create meaningful change in the lives of young people and their families living in some of the most marginalized areas of our nation’s capital. Mary Brown is the Co-founder and Executive Director of Life Pieces To Masterpieces, Inc.

Selected as one of The 2019 Top 100 Minority Business Entrepreneurs in the DC Metro Area, Ms. Brown’s distinguished work, commitment and impact over the past 30 years has also been recognized by The Meyer Foundation, Washingtonian Magazine, The College Board, Georgetown University, and Leadership Greater Washington. Ms. Brown currently serves on the board for The Statesmen College Preparatory Academy of Boys. 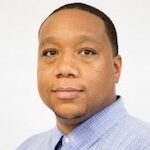 Mr. Maurice Kie has been with Life Pieces to Masterpieces since its founding twenty-five years ago. Brother Moe was one of the original cohort of seven young men when the program started (1996). He grew up in Life Pieces and is both an architect of the curriculum and one of its greatest success stories. Over the years, Brother Moe has served LPTM in many capacities, including co-educator, youth advisor to the Board of Trustees, and Program Coordinator. He has studied Education & Psychology at Morgan State University and University of the District of Columbia, and he has a deep commitment to unlocking the potential of young boys and men. For Brother Moe, growing up within and working at Life Pieces showed him how to build strength and confidence, and he is devoted to passing that along to the next generation.